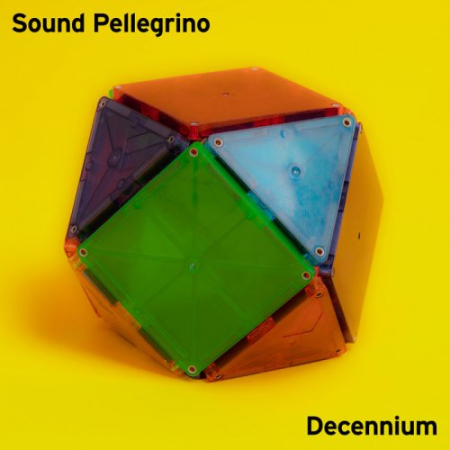 It's been 10 years since Sound Pellegrino was born.

In 2009, Orgasmic and I were obsessed with the idea of paying homage to the club music styles that fascinated us. We were so thoroughly dedicated to keeping this promise we had made to ourselves to always anticipate the next wave, to never stand still, to always cultivate our spirit of contradiction and to always stay one step ahead of other DJs and labels. Every we discovered a new genre, a new artist or a new track our passion would grow bigger, but our thirst was never clenched and we made sure we would always stay on our toes. It's here, it's out, it's fantastic, but now that the whole world has access to it what is going to be the next fascinating thing that other electronic music fans have not yet heard of?

As we were building Sound Pellegrino, Orgasmic, Emile Shahidi and I were so proud of keeping alive the spirit of the "cool nerd" who had access to secrets others haven't yet uncovered. During our childhood what excited us was a new pair of sneakers, a new VHS tape brought back from the US to France by an American friend, a new Japanese video game found in an obscure import shop, and later on it had become the feeling of discovering a new artist, a new EP, a al world.

Then during those ten years we evolved. We took account of other parameters that would define the quality of a release. We got interested in the more less dimension of music, one that was maybe not only defined by the 'now'. We learned how to develop an artist via Matthias Zimmermann. We explored innovative concepts and provoked unexpected collaborations with our Crossover Series. We converted our savoir-faire to the compilation medium. But the thing that always enabled us to always stay ahead of competition and that provided us with a certain longevity in this industry (beyond just the label, I'm thinking from the bning of TTC to our recent DJ sets) is the fact that we never completely abandoned this whole "irreverent kid who has systematically moved on to the next thing" aspect of our personalities. It is somes a terrible and tiring facet of who we are, one we often wish to fight against or repress, but it's a necessary evil when one wishes to impose a certain vision and leave a mark, which is our main life goal, what we truly aspire to do. L-Vis 1990 & Bok Bok formed the label Night Slugs; Zombie Disco Squad became Luca Lozano and ZDS; Renaissance Man became Amnesia Scanner; Savage Skulls became Offthemeds; Douster became King Doudou; Bambounou, Jacques Greene, Kowton and others went on to become established acts, and we had the flair to ask them quite early in their careers for an EP, a remix, or simply to be able to give them advice or a little push. This intuition for tendencies, this ability to share our experience and to build a world and a family of artists affiliated to the label, who have since branched out to develop entire careers: these are the things we are the most proud of when we recount that Decennium of Sound Pellegrino.